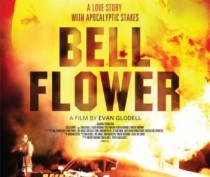 This year’s theme for the Philosophy and Political Theory Film Series is Apocalypse and Dystopia, the first film in the series was Apocalypse Now.  Keep an eye out for three more films in the spring!

About the film: Bellflower follows two friends as they venture out into the world to begin their adult lives. Literally all their free time is spent building flame-throwers and weapons of mass destruction in hopes that a global apocalypse will occur and clear the runway for their imaginary gang Mother Medusaâ.

“Bellflower is a scrappy indie movie that comes out of nowhere and blows up stuff real good. It also possibly represents the debut of a one-of-a-kind filmmaker, a natural driven by wild energy, like Tarantino.” (R. Ebert, Chicago Sun Times)